These Miso Glazed Sweet Potatoes are inspired by the True Food Kitchen Ancient Grains bowl. These are easy to make, are sweet, salty, tangy and with a kick of heat. Bonus that my version is oil-free!

A couple of weeks ago for my husband and I’s 12th anniversary we went to the restaurant, True Food Kitchen. I posted about it on both my Facebook page and Instagram account. Apparently, many of you are fans of that restaurant. Well, we became huge fans that day, too. My favorite dish was their Ancient Grains bowl, in particular, the Miso Glazed Sweet Potatoes in the bowl. Everything was good in it, but it was all pretty standard stuff…. turmeric, charred onion, snow pea, grilled portobello, avocado and hemp seeds. The star was clearly the sweet potatoes because it was an actual recipe in itself.

Let me describe to you the taste if you haven’t tried them yet from the restaurant. They are super soft sweet potatoes coated in a thick sweet, salty, tangy and spicy glaze. Honestly, the kick of heat that hits your mouth after a couple of seconds was the most delicious and pleasant surprise. To me, that spicy kick was the most crucial part of the glaze because it balanced out the salty and sweet bite.

Soooo, let’s make these amazing Miso Glazed Sweet Potatoes, shall we? First, roast those babies at 415 degrees for 15 minutes, give them a toss and roast for 15 more minutes until golden brown and cooked through, but not mushy. 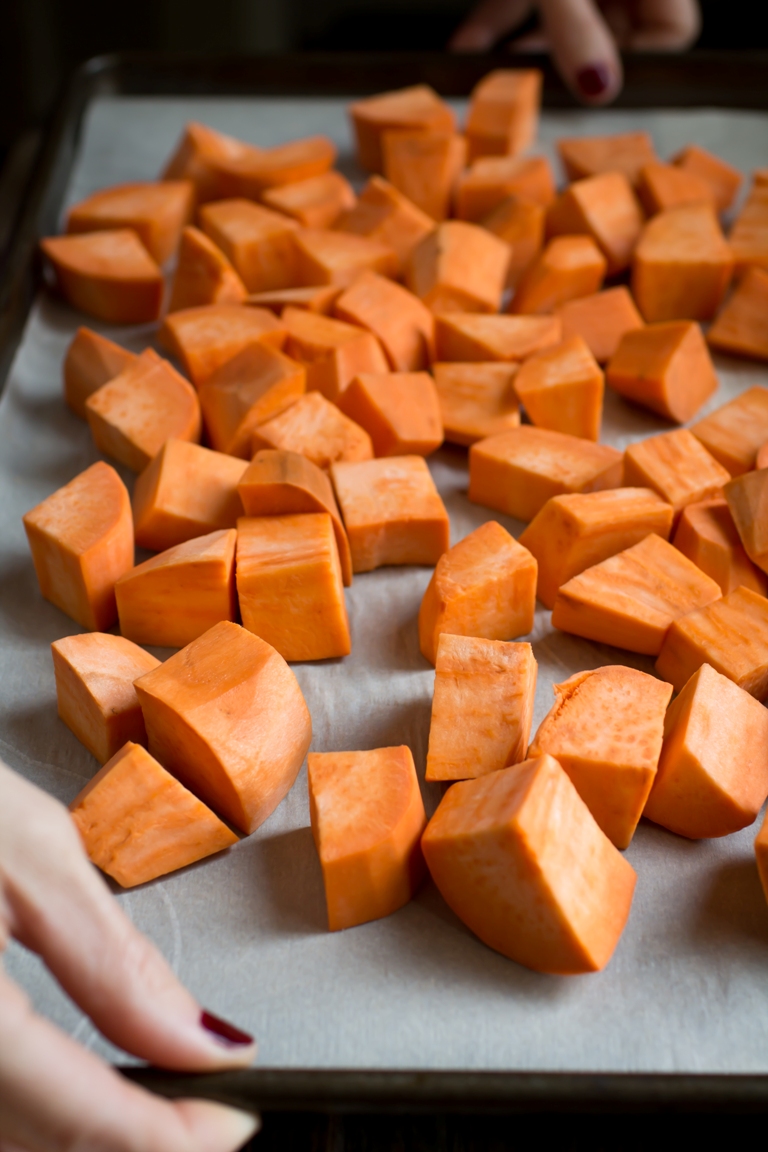 While the sweet potatoes are roasting, make the AWESOME miso glaze.

Next, we want to cook the glaze just a bit with the potatoes to coat them and thicken up. Otherwise, it will just be a runny glaze over the potatoes. The best part of the restaurant version was the thick, sticky glaze. Add your roasted sweet potatoes and glaze to a large pan and cook for just a few minutes until it thickens up, creating a nice thick glaze like the restaurant version. It cooks fast, so don’t overdo it,  you want some of that  yummy sauce left to eat with the potatoes.

Since I had no idea what ingredients they used in their glaze, other than the obvious miso and sweet potatoes, I just used my palate to recreate it at home. Here’s a hint…I succeeded, lol! I’m telling you, this glaze I created is sweet, salty, tangy and has that exact kick of heat. I’m unsure of what type of spice they used to give their spicy heat, but when I was writing the recipe in my head as I was eating it, chili pepper paste was the first idea that came to me. Well, it gave me that exact heat, so it worked beautifully! 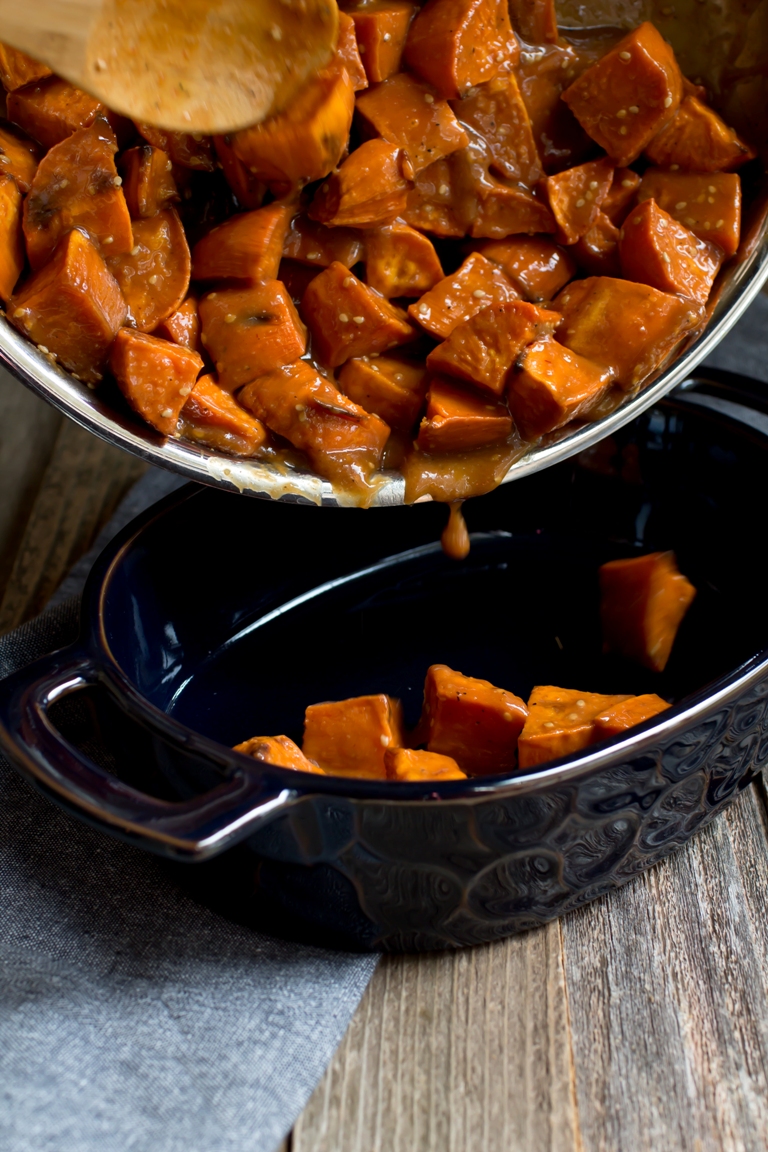 Another cool thing about this glaze is that it doubles as a salad dressing! Before adding it to the baked sweet potatoes and then slightly cooking it to thicken it up over the stove, it has a thin consistency, which would be absolutely fantastic on a large salad. It’s SO GOOD y’all. This honestly just shot up to being my favorite new sauce.

As always, you only need 8 ingredients (+ water) for these delicious Miso Glazed Sweet Potatoes:

I hope you all make this, like now, and let me know what you think of it!

I didn’t remake the whole ancient grains bowl like the restaurant serves, because like I mentioned above, the other ingredients are fairly simple to throw together. Also, I can’t create the miso glaze and the entire bowl at just 8 ingredients. I’m not a magician. Add a grain you like, some greens, some avocado and some liquid smoke, salt & pepper to the mushrooms and you are good to go. The whole bowl had a smoky flavor, so that is why I suggest some liquid smoke.

As far as their cilantro pesto used in the bowl, I would suggest trying this Chimichurri Sauce! It is fantastic. While I didn’t create it to mimic the ancient grains bowl (theirs is full of oil), I think it would be a delicious addition anyways, as it is also pumpkin seed and cilantro based like their version. 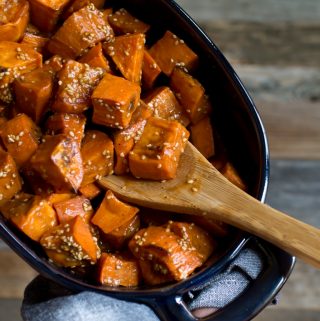 Note: I used agave because it has a neutral sweet taste and I didn't want a maple flavor. However, if you avoid agave, feel free to use maple syrup. It's not as thick, sticky or sweet as agave, but should work. 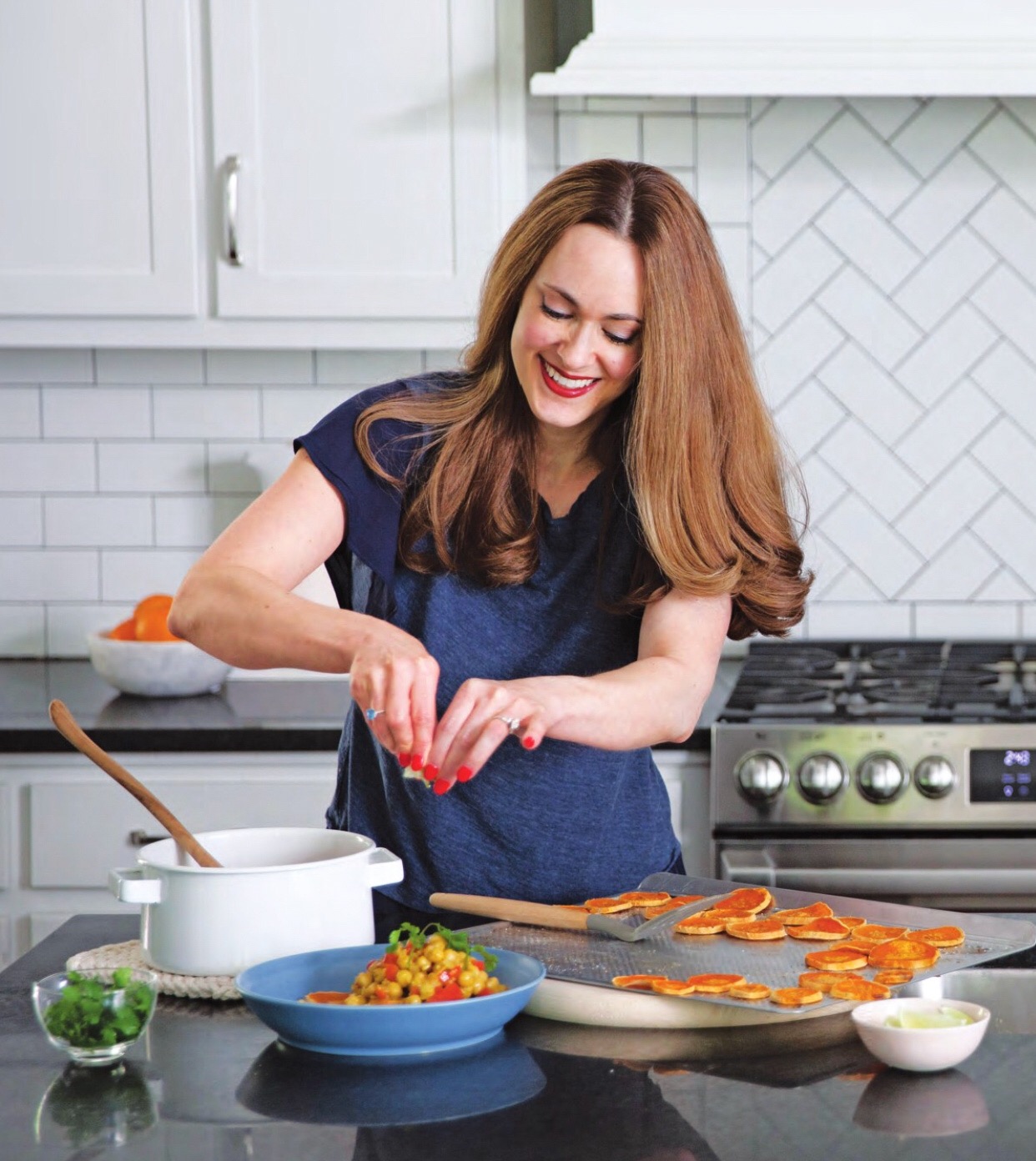 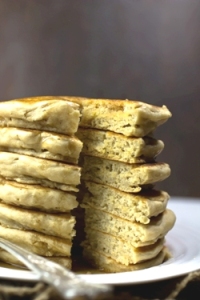 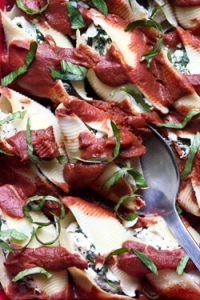 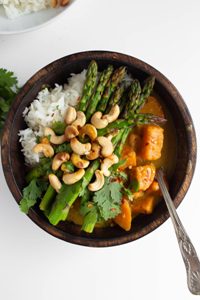 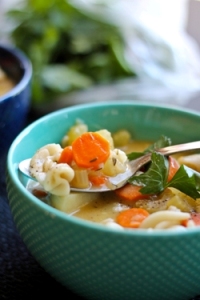 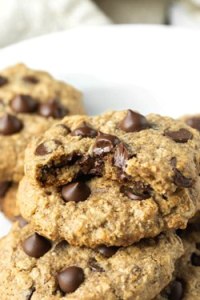 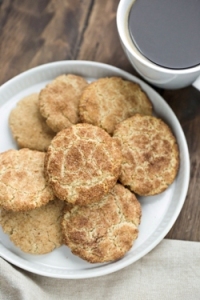 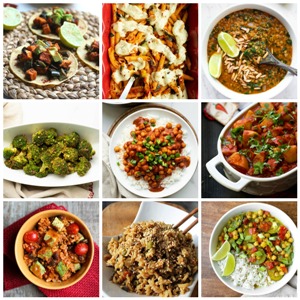